Valdese, North Carolina is one of my favorite road-trips and we’ve spotlighted it several times on the site. Well, Saturday I took my own advice and took a pleasant roadtrip to Valdese. I had an incredible dinner at Myra’s Italian Restaurant and then enjoyed the outdoor drama From This Day Forward. Here are five reasons you should consider seeing it. 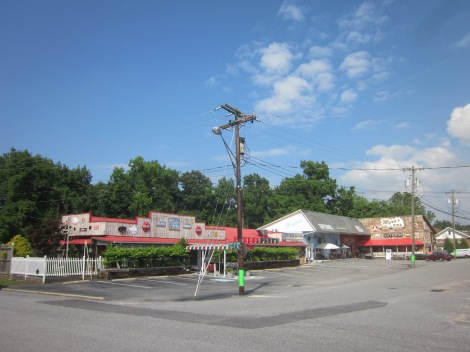 Myra’s Italian Restaurant. The atmosphere was intimate and warm — loved the model trains hanging from the ceiling. The service was incredible. The salmon was well done with a large portion. The steak fries were firm but not crunchy. The seasoned vegetable were tender but not limp. It was a good meal for the price and the atmosphere was great.

1. The Story Is More Relevant Than Ever

Today more than ever we are facing suppression of our freedoms. Whether you are on the right or the left of politics you can cite instances where your ability to express your faith, your identity, or your values are being threatened. From This Day Forward addresses this head on. Its more than the story of a community, a people, or even a faith. Its the story of Western Civilization over the past five hundred years — the movement toward freedom of expression, freedom of religion, and freedom of opportunity. Its a story of what makes us all human — the Divinely gifted ability to endure hardship and resist tyranny so we and our children can reach a brighter future.

The underlying theme of From This Day Forward is a group of people who believe in something the government — and perhaps the majority — do not. They are ordered at risk of their lives to stop exercising their beliefs and they refuse. Even though they paid a high price these people endured and for fifty years the community of Valdese has celebrated this by performing this drama.

Whatever your political persuasion there will be something in this story you find appealing. Folks more on the right end of the spectrum will appreciate the Waldensians’ struggle for religious liberty and their betrayal after they surrender their arms to the Duke. Those on the left end of the spectrum will appreciate the emphasis on freedom of movement across borders and their acceptance among local Burke county residents.

NOTE: I believe the drama’s website lists the battle scenes as PG-13 and this is very true. The writers have not hesitated to — tastefully — demonstrate the horrors of The Reformation in Europe. Women and children are shot down. In one scene a woman is dragged off the stage into another room screaming. A young pioneer wife living in the woods of Burke County loses touch with reality for a time and her touch of madness is depicted. While this drama is not Game of Thrones, it could be disturbing, especially for younger children. I personally saw nothing grossly offensive and I don’t believe these were included for shock value. However, it is worth noting and each parent should evaluate their own children’s maturity level before considering attending.

2. The Production Values is Top Notch

This is an incredibly produced drama. The set shows incredible economy — the actors cannot rely on props to tell the story. This is a story told through costumes, dialogue, and action.

Just because the set shows economy doesn’t mean this is Waiting For Godot. There is a rotating stage with several sets on it and the writing allows it carries alot of the play’s workload without sacrificing story. The minimal nature of the amphitheater allows most of the stage to be used for everything from battle scenes to dances.

The costumes are top notch and accurate. The Waldensian costumes look authentic, the soldiers uniform are well done, and the ball scene at Versailles is well done. The costumes are especially important considering the economy of stage and they carry their role well.

The battle scenes are well done. There is lots of combat and action. The special effects are professional grade.

NOTE: There are loud noises, explosions, smoke, and the muskets actually fire — not real bullets, just sparks and flame and smoke. Please be aware of this.

3. Its A Fifty Year Tradition

When I saw From This Day Forward I wasn’t seeing something that was a off the cuff, spur of the moment production. This has been presented for fifty years by actual descendants of the people depicted on the stage. For these people this isn’t just a high school production of Our Town, this is a work of love commemorating their ancestors who bled and suffered and worked to build Valdese. This is as great an American tradition as I can think of.

4. Its A Value and A Great Road Trip 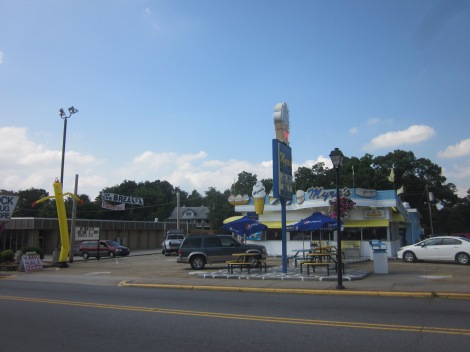 Did I mention Myras?

5. The Story is Historically Informative

To many in the audience From This Day Forward may feel somewhat like a Shakespeare play because the political geography of Act One is quite foreign since it takes place in the Duchy of Savoy in northern Italy. Today Italy is a country, but that wouldn’t happened for nearly two centuries after the events of Act I. It also discusses The Reformation, an event with massive historic repercussions but whose events are easily overshadowed by events of the past five centuries. I mean, they’re almost overshadowed by events of the past five decades.

The first act of the play is also full of historic references to the time. William of Orange — better known to Americans as the William of William and Mary — is the reason Northern Ireland’s Protestants use the color orange as their symbol. This is where the Syracuse University’s Orange get their name from, since prior to 2004 they were called the Orangemen. There are also references to John Milton.

The French influence in Italy is key to Act One. While the play limits this to the intrusion of Louis XIV in Italian politics, France’s involvement in Italy would continue. Napoleon would begin the dismantling of the Papal States, reducing the Church’s political holdings from much of Italy to the modern day Vatican City.

Follow these links for more information about From This Day Forward.

This page gives a outline of the plot and contact information.

The home page for the Old Colony Players.

The article about the drama from the Morganton News-Herald.

One response to “ROADTRIP: Five Reasons to See ‘From This Day Forward’”