The past three months have been long and busy. As many of you are aware I haven’t been posting, well, any. It’s only fair to let everybody know why so I’m going to leave this post up for about a week. 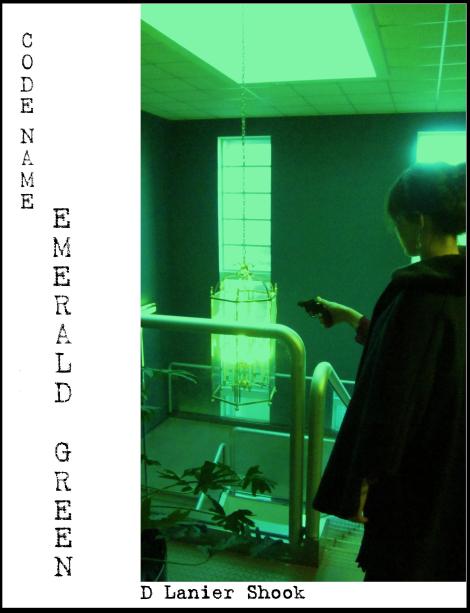 This is an e-book I wrote, edited, re-edited, and then published on Amazon.com. It’s a secret agent/heist story set in Spain, Libya and the Balkans in 1989. The cuisine, culture and historical events are all highly accurate with hours of research behind them. The plot revolves around an emerald necklace that was stolen from the estate of Spanish nobles. A team of American expatriates have a week to retrieve it from across the Mediterranean. The bank, the family, and the Spanish Crown are all relying on them to get it back.

The e-book is only ninety nine cents and is formatted for the Amazon Kindle. However, free apps are available for the PC, the Mac, iPhone, IPad, Blackberry, Android and Windows Phone 7. I don’t have a Kindle (yet) so I downloaded the Kindle app for PC and can read the novel on my desktop.

To me the most rewarding part of writing the e-book was researching Spain, Libya and the Balkans. I’m now a big fan of Spain and Spanish culture. I even listened to Spanish Internet radio as I wrote and edited the book. (It’s annoying to be listening to a foreign radio station when a song in English comes on. If I wanted American music I’d turn on the radio in my car!)

Libyan food was fascinating to learn about. Apparently there is a special cooker you use to make cous-cous. (Which explains my efforts on the stove.) The history of the former Yugoslavia and the Balkans were equally amazing. If you’ve seen The Lord of the Rings  trilogy you’ll remember the cavalry charge at Pelennor Fields. During the 1683 siege of Vienna there was a charge of twenty five thousand Polish, German and Austrian horsemen. (The Turks left sacks of coffee beans behind and that’s how coffee was introduced to the West. Thank God for coffee!)

You can find my book’s trailer on You Tube by clicking here.  If you want to read part of the first chapter of my e-book click on this link  and click on the book cover. The details in this section are an example of the book’s culturally authenticity. Madrid does tend to stay up late and get up equally late. Business is traditionally approached in a roundabout manner, not directly. The Spanish police academy is in Avila. And for ninety nine cents you can find out about two American expatriate girls and their ex-CIA uncle who have to track down the necklace. You can get a feel for the claustrophobia that was Ghaddafi’s Libya and the passions on both sides that led to the terribly bloody Balkan wars of the nineties.

Well, enough about me. I’ll leave this up for a week then take it down to focus on travel. We’ve got a great year ahead of us full of great places to go and great ways to get there. Happy New Year.

One response to “THE PAST THREE MONTHS”